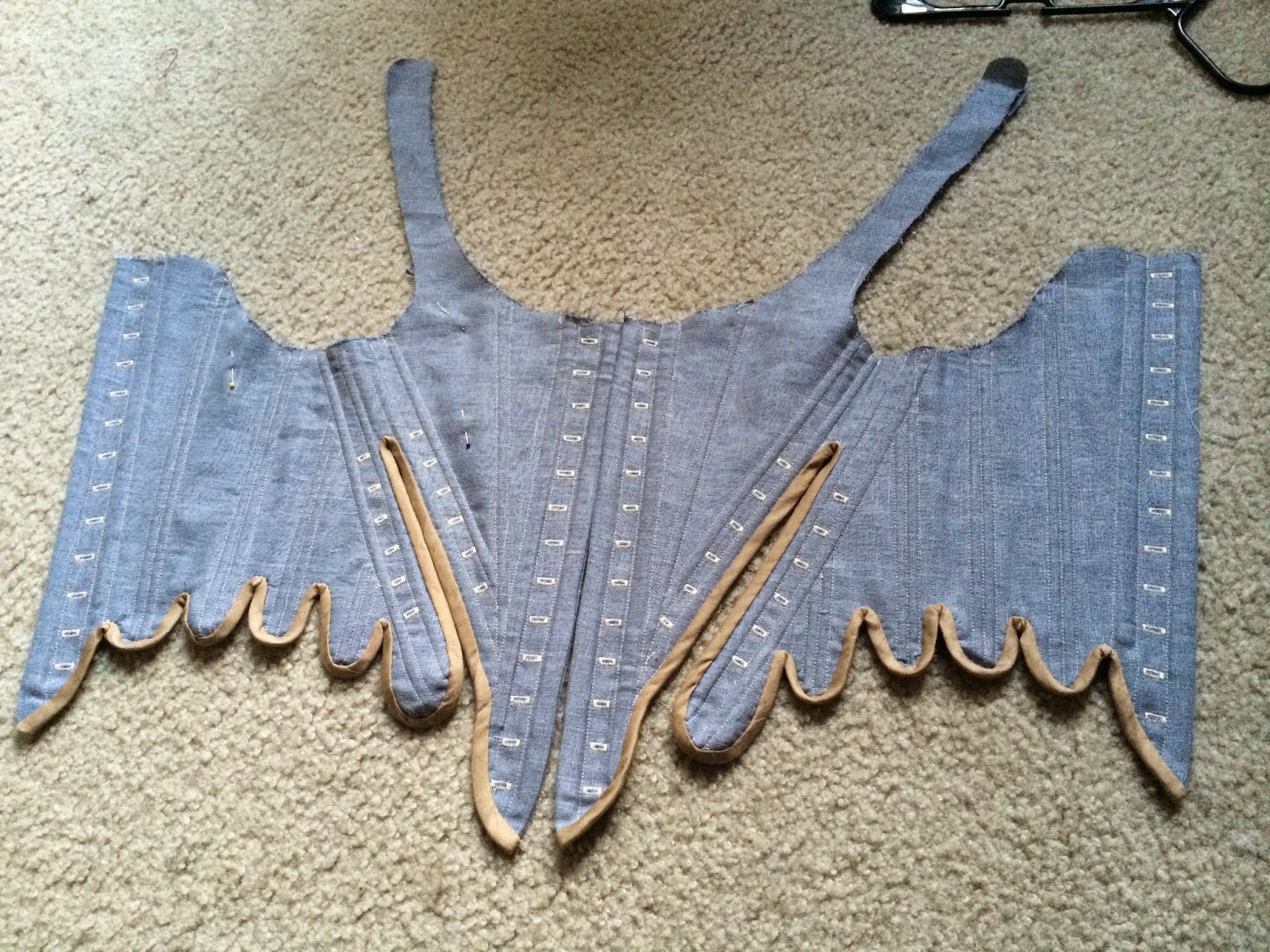 Inspired in party by an article I read on Hyaline Prosaic I've been away from blogging for a bit, largely because I wasn't quite ready to announce the baby to the world.  I used the same pattern that I used on my pink silk stays, but with a few modifications.

I knew the heavy, 7.1 oz linen canvas from Fabrics-store.com would stretch, so I made sure the opening in the back would be a little wider than on the pink stays.  Also, after wearing the pink stays a few times, I realized I needed to cut down the armholes considerably.  This project benefited directly from mistakes made on the pink stays.

They are also much more flexible, as  I used the 1/4 inch wide cable ties for boning as opposed to the thicker ones on the pink stays.  Really, I just need something to shape the bust for this set.

My one serious regret here is the binding.  I used a cotton  twill that in retrospect, I just too thick.  I was worried about the bones poking through the binding if I used linen, but next time, I'm just using something thinner.

The first test-run for these stays will be the Midwinter Ball on January 31.  Hopefully it works.
Posted by Sarah M at 12:01 PM