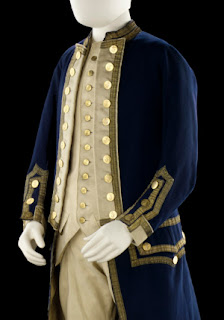 Full dress frock coat of a Captain. The frock is of blue wool with button back lapels faced with white and edged with gold lace. Although it is possible to wear the coat with the lapels partially buttoned across the chest, there are also three hook and eye fastenings so that the coat can be closed without unbuttoning the lapels. The neckband is also edged with gold lace. The skirts are not as full as those of the late 1740s. The back vent is still edged with gold lace, as is the pocket, and the three decorative faux buttonholes on either side of the back vent are still retained. 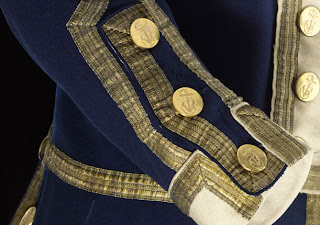 The details on this sleeve is stunning, and you can clearly see the anchor buttons.  The shot of the front has provided the much-needed detail on how many buttons up the front as well as the shape of the pockets.

I must confess, I am a little afraid of making the pleating on the coat's skirt fall correctly.  I will need to examine mine and see what's what with construction.  The JP Ryan pattern did have directions for it, but I am not confident. 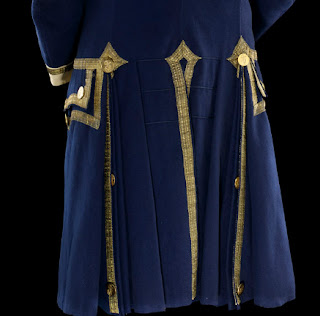 Seeing the pattern of the lace on the back is daunting.  It is breathtakingly gorgeous, and I'm sure I will need something like 20 yards of the lace.

The next step for me is to iron, and cut out the lining.  I am still waiting for the white wool for the facings to come in.  I haven't even ordered the buttons or the lace. 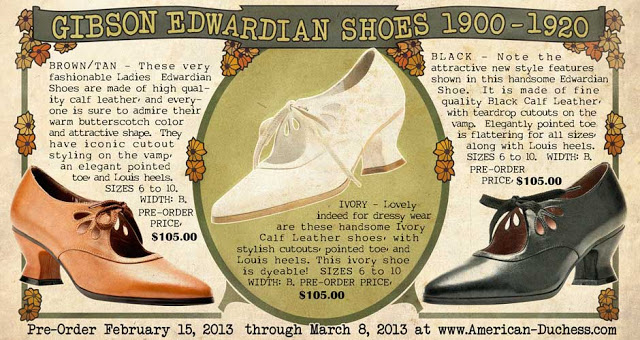 Lauren of American Duchess is running a promotion for her new "Gibsons" - Edwardian style shoes patterned after extant examples.  I thought I would take a moment to show everyone how amazing they are.  I was thinking some kidn of Downton Abbey inspired picnic as soon as it's warm enough... 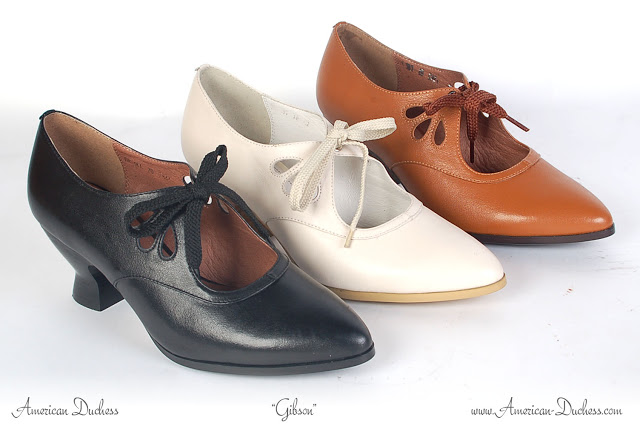 I have been combing the internet for images to help with sleeve and trim detailing.  I found a few portraits from the Revolutionary War years, and a few before. I'm going to try to recreate Nelson as best as possible, but the 1775 portrait of Captain James Cook (1728-1779) by Nathaniel Dance-Holland at the National Maritime Museum had the best angle for understanding how the lace is layered and folded. - http://www.nmm.ac.uk/explore/collections/by-type/uniforms/.

I have ordered white wool for facings from a seller on Etsy named Gabriel Everson - http://www.etsy.com/shop/ThePeriodTailor.  I have white muslin for lining.  In the next couple of months, 50 buttons from Military Heritage.  It's going to be about $107 plus shipping for the buttons, so we will need to do some strategic spacing out.   I really do think all of this persnickety attention to detail will pay off, and when it hits the ballroom next winter, everyone will be awed.

After crowdsourcing this one on Facebook, I came up with a better lace option.

From the website: http://www.militaryheritage.com/militarybraid.htmhttp://www.militaryheritage.com/militarybraid.htm - 1 inch (25 mm) Gold Metal Navy Braid for Royal, British Commonwealth and U.S. Navy uniforms and decorative trimmings.  This is excellent quality metal wire lace and is often sold for many times this price.   This pattern is the Royal Navy double vellum (Orris) was used for the past 250 years.  1 inch lace was used on Captain and Admiral coats.  In addition the American Naval officers in 1812 were often portrayed with this pattern of lace as well.

This is the lace that appears in the portrait of Nelson., one inch wide.  It is a bit pricey, but I think it will be worth it. 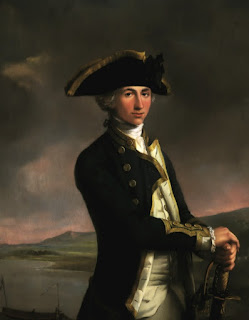 At our house, bad weather means projects.  I decided to take on a fancy one.  DN's 18th century wardrobe is largely noexistant.  For our last 18th century dance event, I threw him, somewhat against his will, in my IXth uniform.  It didn't fit too badly, but aside from fit issues, a grubby stained infantry grunt's uniform doesn't really belong in the ballroom.  I got a brilliant idea to re-create an accurate 18th century Royal Navy uniform for him.  It can do double duty for 18th century dance events and for 7th Sea.

I combed through a few portraits, and found one that fit the bill date-wise and general look and feel.

The young Captain Horatio Nelson, painted by John Francis Rigaud in 1781, with Fort San Juan—the scene of his most notable achievement to date—in the background. The painting itself was begun and nearly finished prior to the battle, when Nelson held the rank of lieutenant; when Nelson returned, the artist added the new captain's gold-braided sleeves.  (Borrowed from Wikipedia - Caption information from John Sugden's Nelson: A Dream of Glory, p. 464.)

All of the portraits I could find all have the facings un-bottoned, collars popped like the 18th century Bros they are.   Visit my Pinterest board to see - http://pinterest.com/arachneattire/18th-century/.

The pattern I used as a base was JP Ryan's 1750’s Coat with Military Variations for the Officer orEnlisted Man.
The pattern has the facings as a separate piece sewn on as an after-thought on the front of the coat.  All these portraits from the 1770s-1780s show the open, unbuttoned collar and that it is clearly one piece.  In order to keep maximum accuracy, and badassitude, I figured I had to alter the pattern to be a single piece. 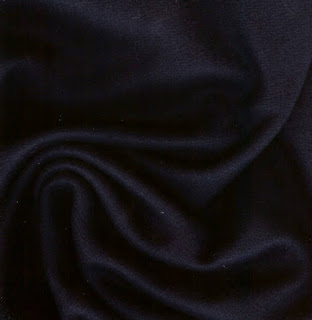 This wool was intended for the New York City police department which has very strict quality standards, according to WM Booth Draper.  It is lovely, thick and is the perfect color for the 1781 portrait of Nelson.

I have not yet managed to find 100% wool in white or buff for the facings, but I haven't given up yet.  I see a trip to Osgood Textile in my future. 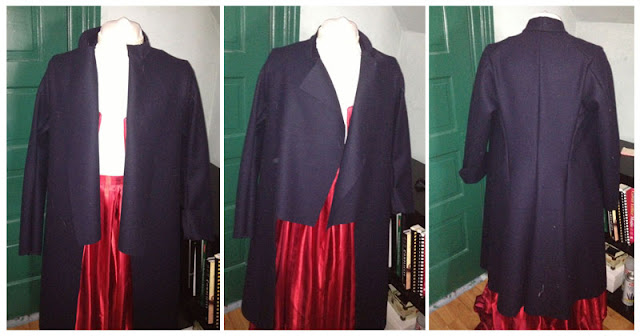 I think Norma Jean objects to being dressed in a man's military uniform, but this project is going to be absolutely spectacular when I get all the shiny lace on it.

Metallic Gold Lace - From WM Booth Draper - During the 18th century each officer went to his own tailor for clothing. Therefore there was no regulation officer's lace. The same gold lace on an officer's coat could be found on civilian clothing. For example in The Proceedings of the Old Bailey in 1775 there was a trial for three thieves who "were indicted for stealing . . .  a blue silk waistcoat, trimmed with gold lace, value fifteen shillings".