Who Doesn't Love a Man in Uniform 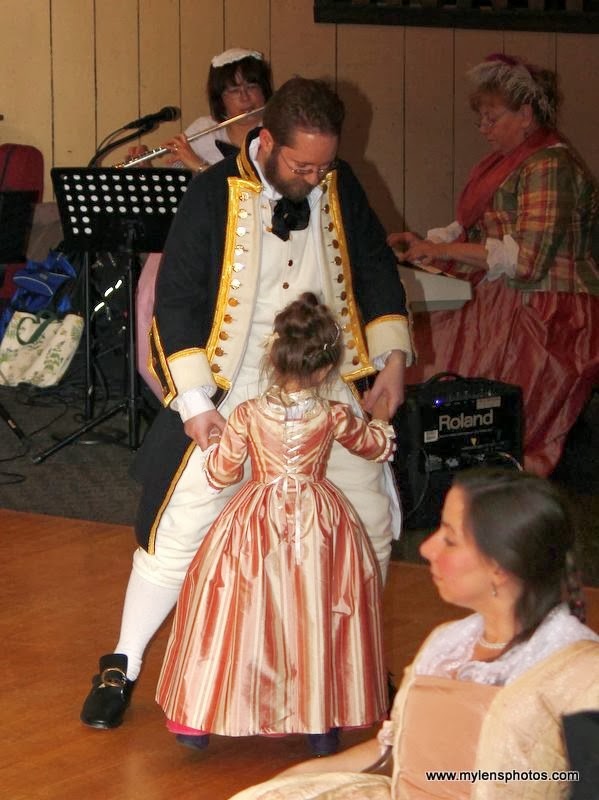 The Ninth Regiment of Foot's first Midwinter Ball was a success, despite a certain amount of winter weather.  We had a great time dancing to the music of the Reel Thing.  Our dance caller, was superb, and we had a solid attendance.  We look forward to doing the event again next year.

This event was the debut of the 1770s Royal Navy uniform I made for a certain gentleman.  It was a long time coming, as components and materials were hard to come by, but over all, I am pleased with the results, and I think it was worth the wait.

There are 32 buttons and 32 hand-stitched buttonholes on this thing, and miles and miles of lace.  I ran out of the limited supply of one-inch navy lace from Burnley and Trowbridge, and had to continue with the half-inch lace I was able to get from Ian at Royal Blue Traders.

The result is a bit different from the 1780 portrait of young Nelson, but I'll take it. 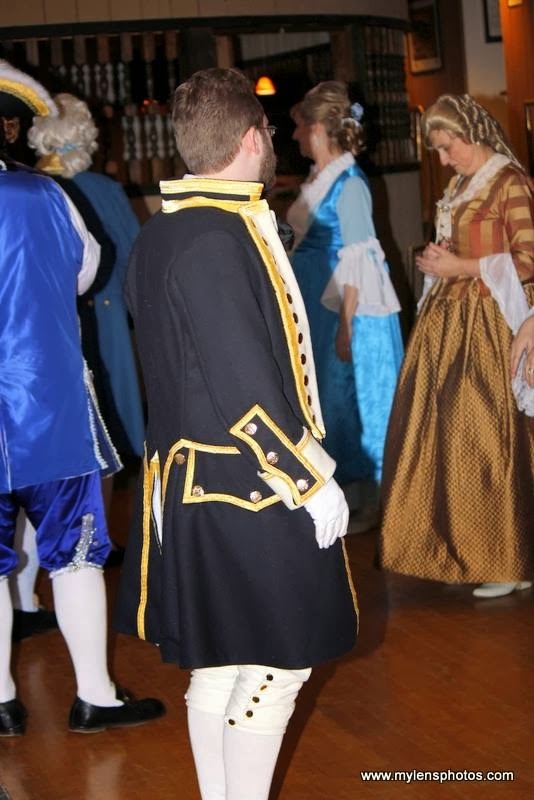 Even though his young dance partner stole the show in her pink striped silk anglaise (made by me and her other fairy godmother… more on this later…), he was rather dashing  Too bad I forgot to put the hooks and eyes in the coat, so it hangs open more than I would like. 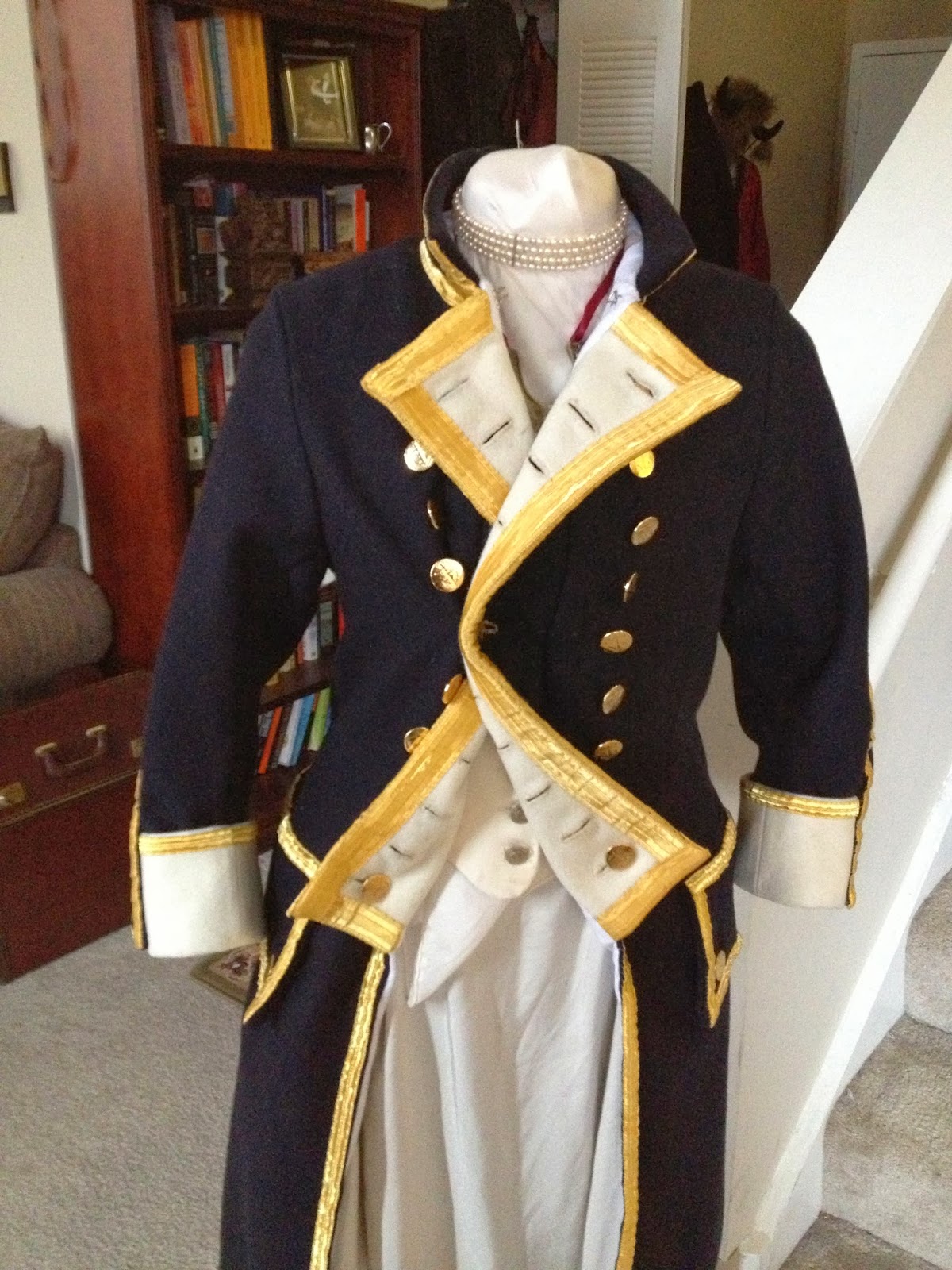 The wool is extremely thick.  Built to withstand the elements.  It's a wonder he was able to keep it on all night.

Future plans for this ensemble include replacing the waistcoat and doing a bit more fitting on the breeches.  The small clothes were made by G. Gedney Godwin, and the wool they are made of is to die for, and beautifully soft.  However, "made to measure" left something to be desired.  The waistcoat when it arrived was miles and miles too big, and had to be completely dismantled, re-cut, and put back together.  That was a bit of a nightmare considering the buttonholes were already sewn and cut, and could not be moved.  Furthermore, the buttons were too few, and to far apart.  The breeches were also too big, but easier to salvage.  I may ask to buy a yard of the wool they used and just make my own with a linen back.

The coat is fully double breasted, and has some cool alternate buttoning options.

This project was quite a learning experience, and if I ever fall on my head and decide to do another, it will go a bit smoother.

As a costumer, it is imperative that one keep trying things just a bit more difficult and complex than the project before it.  I look forward to the next one.