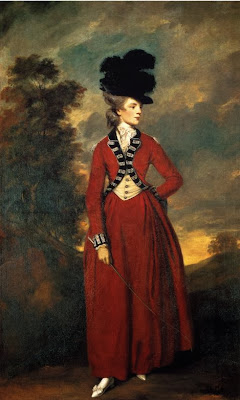 I realize I have not updated since August.  The reason for my slacking is that I've been teaching costume design and costume instruction at a performing arts school.  A friend leaned over to me, and with a stage whisper asked, "Do they know they don't have to pay you to do that?

Life has been good.

There were a few fit issues to hammer out, and a lot of lace to hand-sew on, but we persevered.  The riding habit after this portrait of the scandalous Lady Worsley by Sir Joshua Reynolds painted in 1777 came out quite pleasing, in spite of some sleeve fitting issues.

To address the fit of the sleeves, I just pinned, marked, and went to town on the upper and lower sleeve pieces. 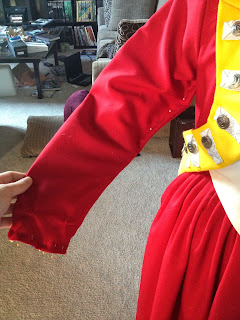 The debut of this outfit was supposed to be this year's reenactment of the Battle of Saratoga.  Unfortunately, our unit did not make it to the event.  I wore it to the Connecticut Renaissance Faire's pirate event to mixed reviews, but it's real debut ended up being a small Brigade of the American Revolution event at Putnam Park in Redding, CT.

It was my first event as a (female) civilian.  Normally, I wear a grubby ground-pounder's uniform and carry a musket for King and country.  The ladies of the Brigade were very kind and welcoming, though it was a bit strange to have to introduce myself to people I'd tangentially known for over a decade.

Being cast as the officer's wife in the little escort scenario was a tad bit awkward when the gentlemen failed to tell me one of the ladies I'd be berating for leaving the column was his real-life wife...  She was very good natured about it later. 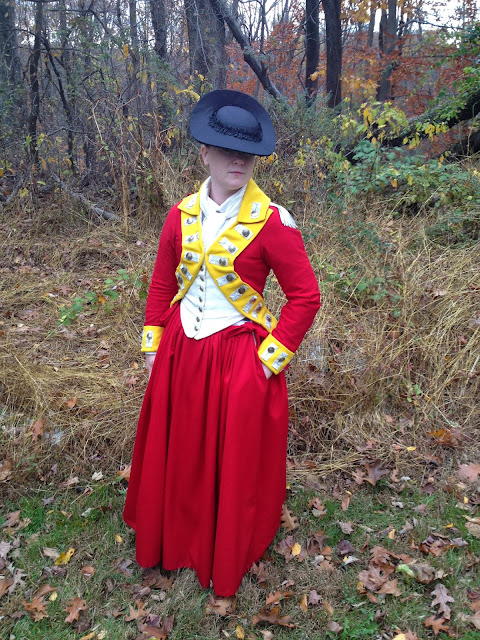