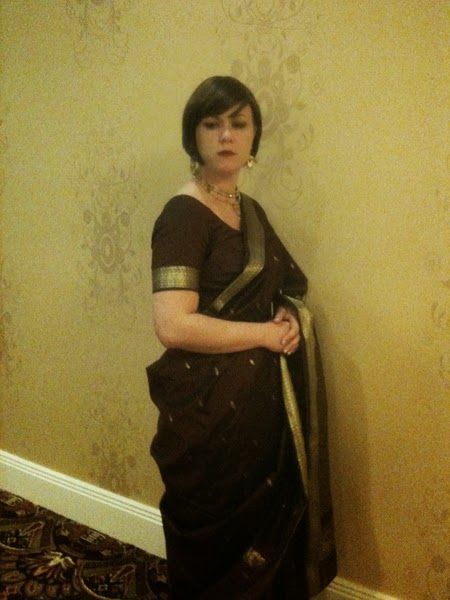 Been away for some while.  Life has been eventful (in the best possible way).  For a fancy dress Regency event in CT this October, I decided to re-work an oldie.

It began its life as a silk sari that I wore to an event in New Orleans in 2010.  After that event, I re-cut it for a regency dance event.  Knowing almost nothing about the period, I used the awful Simplicity "Jane Austen" pattern.  It makes me smile now.

The new pattern for the 2014 re-cut is adapted from Janet Arnold, and was re-cut from the first one I attempted to make using that wretched Simplicity "Jane Austen" pattern.  The back of the Simplicity pattern is a bit too wide at the center for a proper early 19th century look, and in this older version, the weight of the  metal buttons wreaks havoc on the lightweight new version is a bit more period correct, basted to cotton musin to give it some strength. 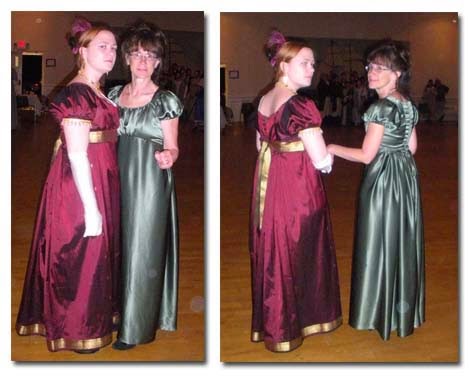 I have yet to gather up the sleeves, so they look a bit odd, but the back already looks better.  It's nice to be able to raise your arms above your head for the style of dance that was popular in this period.

The front trapezoidal piece is cut from the Sari's pallu.  I haven't made the bib front piece yet.  It's a counterintuitive construction method for me, but figuring out the quirks of a new era has been interesting.  I look forward to this dress's debut as some kind of "east meets west" costume for the fancy dress ball in October. 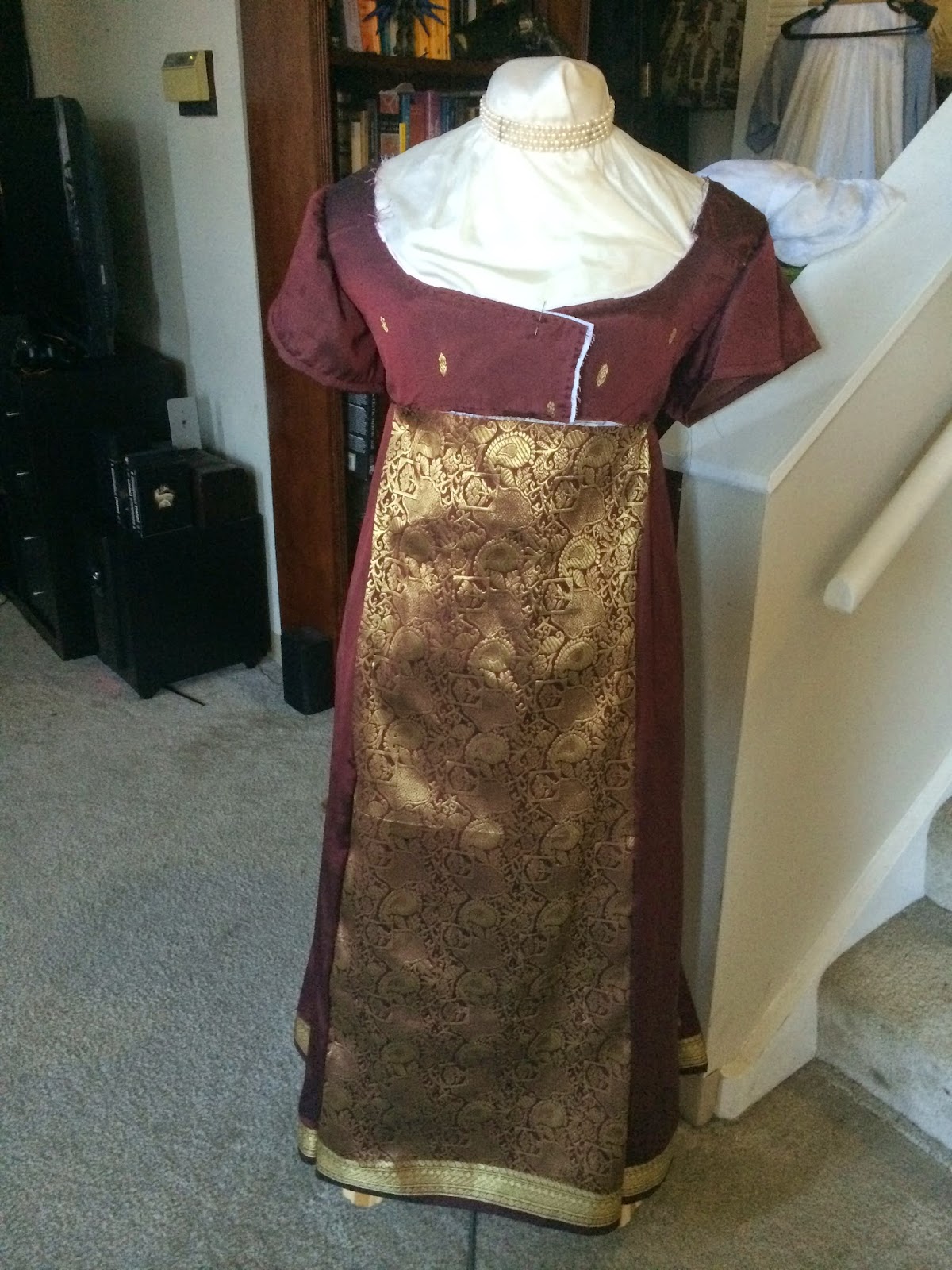 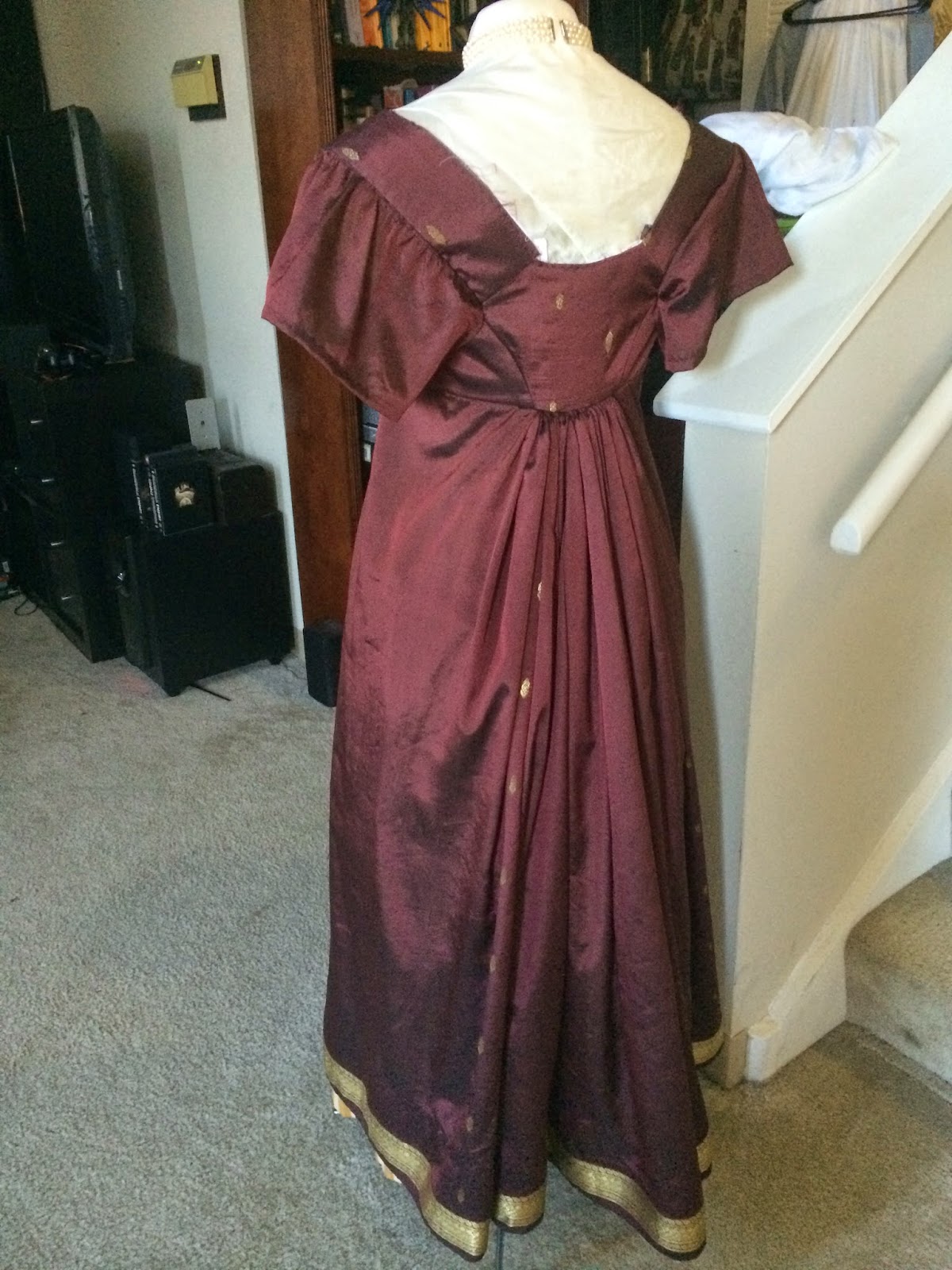